She-Hulk Goes Green to Get You Green

I'm so excited about the new She-Hulk tv show and new cards that have released recently, so much so that I had to make a deck for one of the most underrated heroes in the game.

I think a lot of people have had similar issues that I have had, thinking 'wow, this card sucks.... oh, and this one too', and I'm here to tell you that all of the cards in her kit are useful (yes, even Legal Practice). 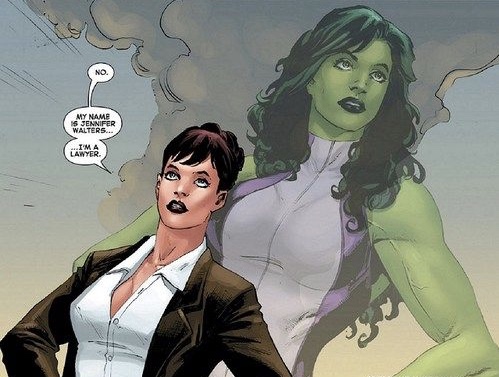 In Marvel Champions, She-Hulk is represented by two separate yet equally important groups: THW, which investigates crimes; and ATK, which prosecute the offenders. These are their stories. Many have overlooked She-Hulk's cards, myself included. Gamma Slam is inconsistent, Ground Stomp is only good in multiplayer against Ultron, and Focused Rage is too expensive. These are all unsubstantiated. If it pleases the court, this deck will argue that you should lean into all of her kit instead of trying to overcome a problem that doesn't exist. Don't overlook her cards just because they are inefficient or don't compare favorably to other options. What tends to happen is that people load up She-Hulk with several aspect thwarting options, or card draw options, because they choose not to use what's available. Additionally, people don't utilise both forms equally. By the end of these proceedings, this deck will show beyond a shadow of a doubt that optimal She-Hulk play requires using her design to the fullest extent of the law. That's all, your honour.

The deck would like to call the first witness: She-Hulk's Thwarting Power. Now the defense admits She-Hulk has a low THW value. It's only 1. And despite having inefficient options, needing to flip often, that low THW value, She-Hulk actually deals with threat very well. The deck would like to draw your attention to that fact that it only includes two copies of Bait and Switch to help with threat. Everything else ins included:

There are no further questions for this witness, your honour.

The scenario has called into doubt the intentions of our defendant, Jennifer Walters. We contend that all of her actions are in self defense. Cards like Energy Barrier only work in self-defense. Additionally, we would also like to refute the claims that our defendant uses performance-enhancing drugs. She is simply an avid gym-goer who happens to have many many natural talents. As to the counts of the following:

She-Hulk is a paragon of the community and only wants what's best for her neighbours. As such, she keeps herself and her community safe with:

With all of these options, it is plain to see that She-Hulk is an altruistic hero who only wants the best for herself and her community. The defense rests.

There are some subtle nuances to getting the most out of this deck that cannot be shared during discovery, so they are available here in a sealed document:

I hope you give this deck, and Jennifer Walters' cards, a second chance. I think it's time to embrace the value of her cards and rethink best practices. Although the arguments against some of these cards are valid, they aren't so egregious as to be unplayable, and dedicating deck space to do what she can already do for the sake of efficiency is actually often very inefficient. Hopefully this deck can start the change the minds of any who still doubt the power of Marvel Champions' first tank hero: She-Hulk.