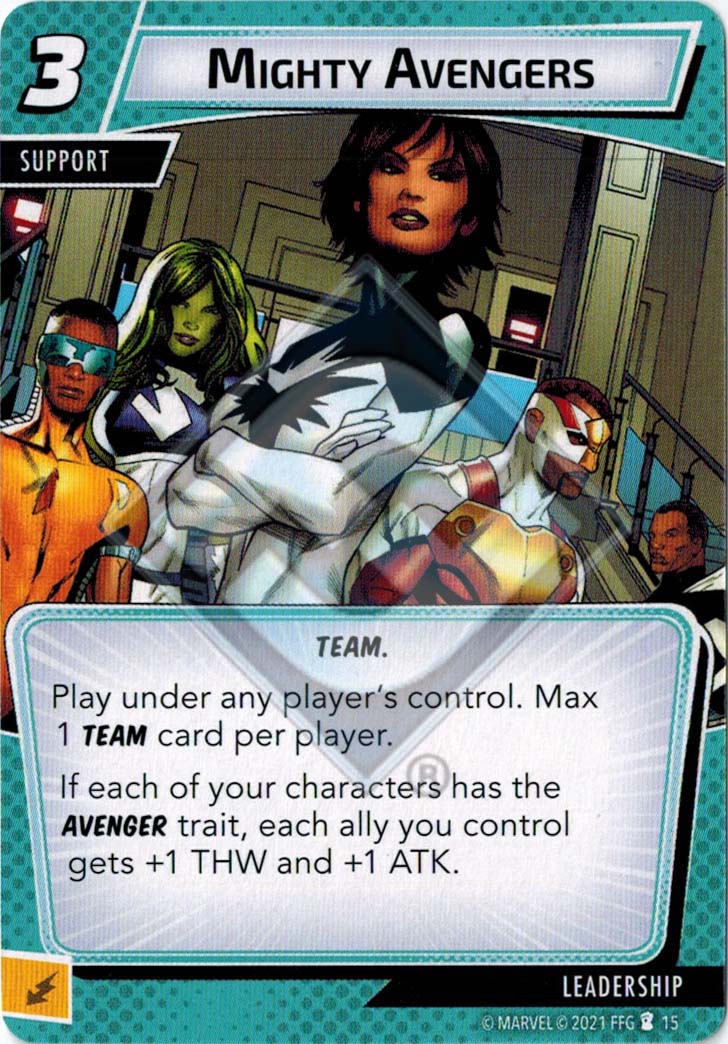 Mighty Avengers is mega value, but it does put a fairly tight constraint on your deckbuilding. I had thought that with a full collection, I'd want to make three separate decks with one copy of this each. But there aren't quite enough Basic and Leadership Avenger allies at the moment for that, especially considering that several of those allies want to be in specific kinds of decks other than just Value Swarm.

Great in the right deck.

Fry · 56
I'm curious, with 20 Leadership Avenger Allies, how muchh does this really constrain your deckbuilding? — Judicator82 · 49 4/19/22
The constraint is mostly that it makes you not want to play the non-Avenger allies. Sure, you could play Honorary Avenger, but now you have to set up that combo... — Fry · 56 4/20/22
I tihnk I am mostly disagreeing with the modifier "fairly tight constraint". There are a ton of Avenger Leadership Allies, so muhc so that there are fewer non-Avenger allies by quite a few. — Judicator82 · 49 5/2/22
Careful, you lose the bonus if your Alter-Ego is not an Avenger. So you can't rely on this to boost your allies in Alter-Ego mode. — Glockenspeel · 2 5/5/22