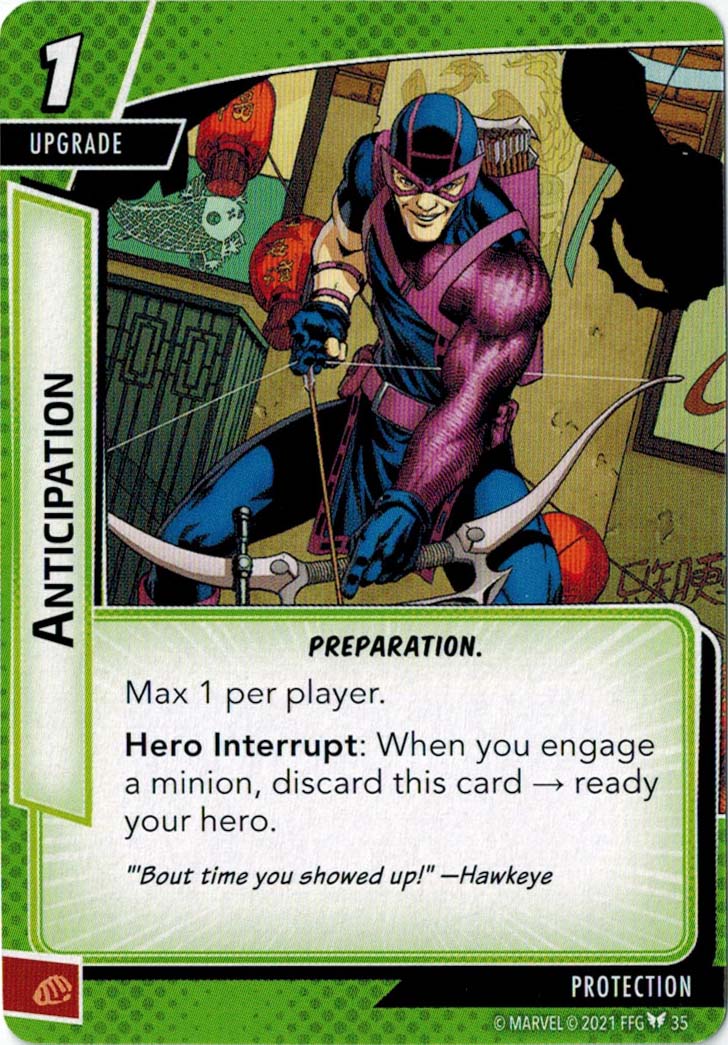 There are 3 reasons I can think of to play this card. 1. You are maxed out on Indomitables -- in order for this to trigger during the villain phase, you must have already defended against a villain attack, in which case Indomitable does the same thing. 2. You are playing Thor or Valkyrie, who have the ability to engage minions during the player phase -- a decent idea, especially since readying is exactly what you might need to defeat the new minion. 3. You are Black Widow -- with her Preparation synergies. I think this is the option it will be played with most since the value of a 2-ER ready is not super high, but the extra value from the Preparation trait makes it worth it.

Stretch22 · 189
I could see wanting this in Protection Hulk, as a sort-of Indomitable but with a fist resource. In general, I agree that Indomitable is better most of the time due to the significantly more common trigger condition. Right now, most of the cards you could play to trigger Anticipation reliably are in Aggression - if Protection gets more cards that let you engage minions and/or deal yourself more encounter cards, that could potentially make this better. — Fry · 67 1/19/22