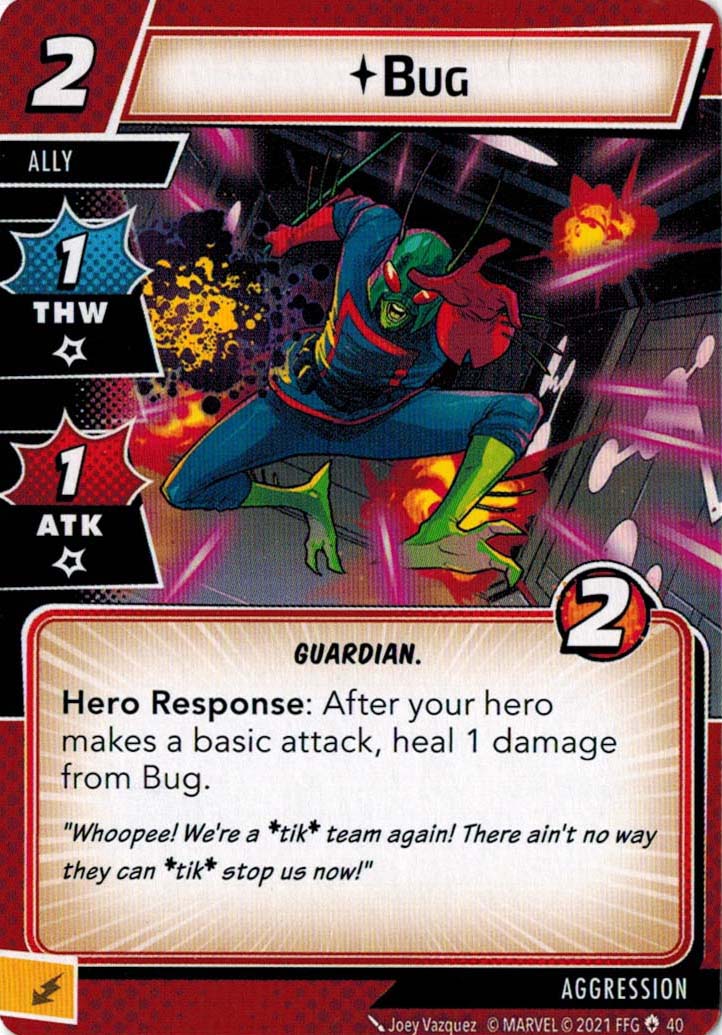 Bug is basically a cheaper beat cop for Agression. I always try to mulligan for him because yes he is that good. He can also ping off those annoying tough statuses on the villain besides thwarting every turn. Must play ally for Agression.